How to build a relationship with God 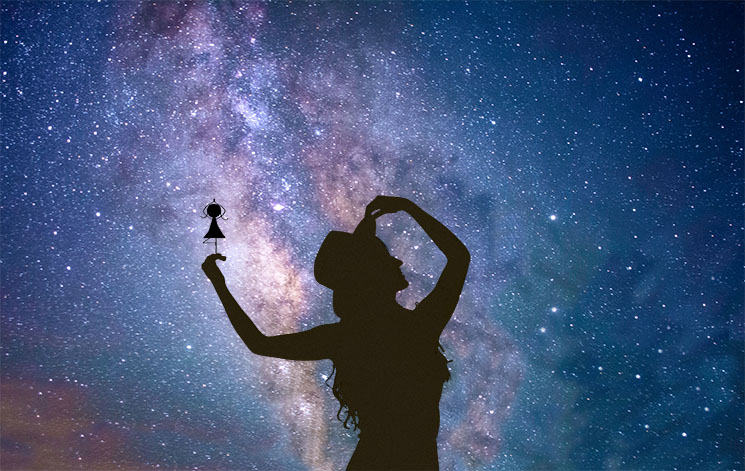 I don’t know about you, but I didn’t always have a good relationship with God.

There were times in my life when I didn’t believe in Him, and even times when I hated Him. I remember my “dark decade of the soul” in my late teens and early twenties, a span of about ten years when I was deeply depressed and spent most of my time trying to figure out how to end my life. Out of desperation, I would pray to a God I was convinced didn’t exist and beg It for the mercy to let me die in my sleep. And every morning I’d wake up, have a moment of realization that I was still alive, and sink heavier into my bed of darkness, even more convinced God didn’t exist, yet somehow still mad at It.

How can you be mad at something you don’t believe exists?

The fact that I felt something, anything toward God, whether I believed It existed or not, means there was a relationship happening between us all along.

Even in my non-believing times, we were dancing together, a somewhat of a cat-and-mouse dance, but still a dance nevertheless.

During that decade, in the moments I believed, and long after the depression lifted, I thought of God as an impersonal energy, a force of nature that didn’t love me anymore than It loved my neighbor down the street. Like the sun, It was an equal-opportunity energy that touched all of creation without regard to any one life form being special or not. The sun is just being the sun, beaming its warmth to anyone and everyone who happens to be in its gravitational vicinity. It doesn’t know my name, my personality or my deepest desires anymore than it knows yours. It simply exists.

I felt that way about God for a while. God was an It, not a He.

That’s how I reconciled the fact that It would allow me to undergo so much emotional pain and torment in my life. That’s how my mind could fathom how a Divine Source and all powerful Being such as God could sit back and do nothing while I and millions of others in this world were suffering. It simply could NOT be a loving being, after all, nor could It be a Father figure, if It had the power to eradicate suffering for Its supposed children, and yet chose not to. Therefore, It had to be an impersonal entity, with no more love for me or anyone It flowed through than the electricity has for those whose houses it flows through.

Yet, regardless of the relational rollercoaster I created with God, He was always there.

He didn’t seem to care how I perceived Him…

Whether I loved, hated or disbelieved Him….

Whether I saw Him as an impersonal energy, a nonexistent entity or a personal heavenly Father…

Whether I cursed, praised or ignored Him…

He was always there.

To me, this is the epitome of unconditional love.

Can you imagine being in a relationship with another human and going through what I just described and that person still loves you, despite everything you’ve thought, said and done toward them?

If my boyfriend cursed me, didn’t believe in me and hated me, for over a decade, would I stick around that long and still love and cherish him?

If my boyfriend expected me to solve his problems, take away his pain and got angry with me if I didn’t do what he asked, would I still be with him?

That would be considered a toxic, abusive and narcissistic relationship, why would anyone possibly stay with someone who treated them like that?

And yet, God stayed.

He remained by my side, loving me, even through my worst times with Him, no matter what craziness my mind created about Him.

This is unconditional love.

And He IS a personal God.

So if you think you don’t have a relationship with God, you’re wrong.

Your being. Your soul. Your essence.  He knows you inside and out, every inch of you. He makes your heart pump, flows your blood and mends your broken bones.

The real question is, how do you see your relationship with God in the same way He sees it?

If I only knew back then what I know now…

If, when I was that young 20 year old girl lying in bed at night, crying into my tear-soaked pillow and wondering what kind of a cruel God would allow such suffering, and God appeared to me and said, “I love you. I’m here,” I likely would’ve called bullshit.

But I couldn’t see that because I was too absorbed in my own problems to notice that I wasn’t doing my part in the relationship. I was akin to being a spoiled brat, demanding this and that, expecting favors and answered prayers, thinking I was entitled to His grace, love and happiness.

But the truth is the only thing I was entitled to was the pain I was causing myself.

And even through all that, God made use of the pain I created by inviting me to go deeper into it, through it, to get to the other side where I could see and know Him.

It wasn’t until my thirties that I realized God will use anything, even the bad we create of our own free will, and turn it into a source of good, to help us get to know Him.

Eventually, I surrendered to my depression and suffering and allowed myself to fully FEEL it rather than resist it. And without resistance, I was finally able to open up and allow myself to experience God, not as I thought He was, in my mind, but as He is, in my heart.

God was greater than my depression, I was just too focused on it to see through it, to see Him.

Now that I deeply know and experience the love of God flowing through me, I look back with nothing but love, compassion and understanding for that naive, suffering 20 year old girl. There’s no guilt, shame or regret over what she went through. There’s only a deep love and knowing that she was all right all along. Everything was truly okay. No matter how hurt she was, she was doing just fine.

She was dancing with God.

How’s your dance with God? Do you even know that you’re dancing? Are you trying to take the lead or are you letting Him lead? I’d love to hear your thoughts in the comments below. Share your experience with others so we can dance together.